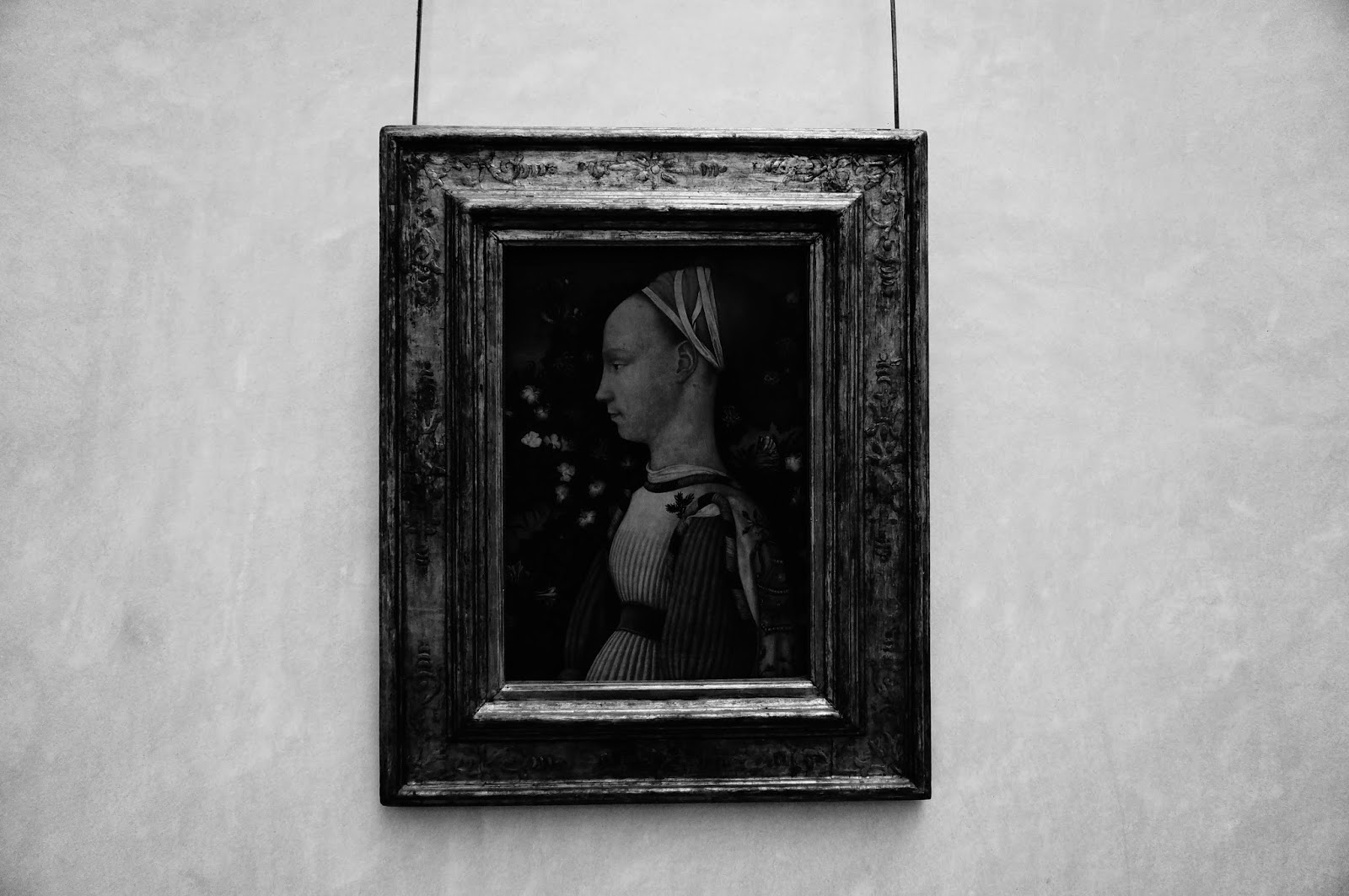 With Pisanello's Portrait of Princess Ginevra d'Este, 1435-1449, flowers and butterflies permeate the background from another view of the garden. This royal princess looks like a ceremonial wedding has taken place and several emblems suggest her royalty. This view of an interior view of God has other residencies in the heart. You feel her dreaming of a similar interior perspective and her very well proportioned profile would be an inner consciousness and a literary view. The artists of this time had a consciousness of finding God in the garden. This was mainly via silk thread and the butterflies. This fertile garden could be talking about her marriage but feels more to be talking about the goddess within for the portrait painter and the feeling is the royal princess is an imaginary figure. 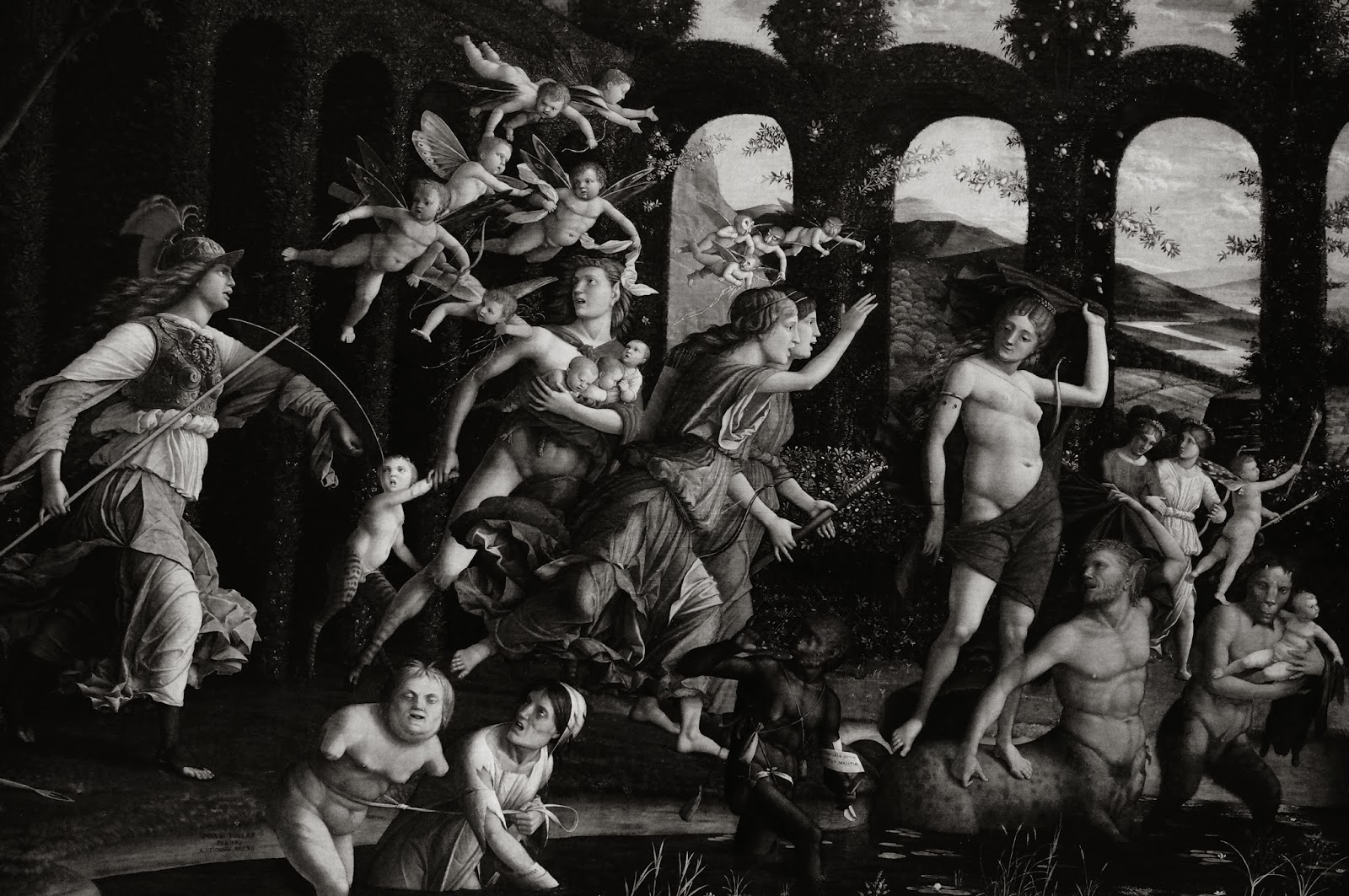