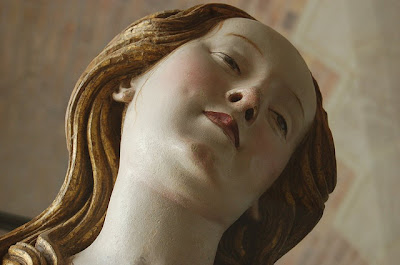 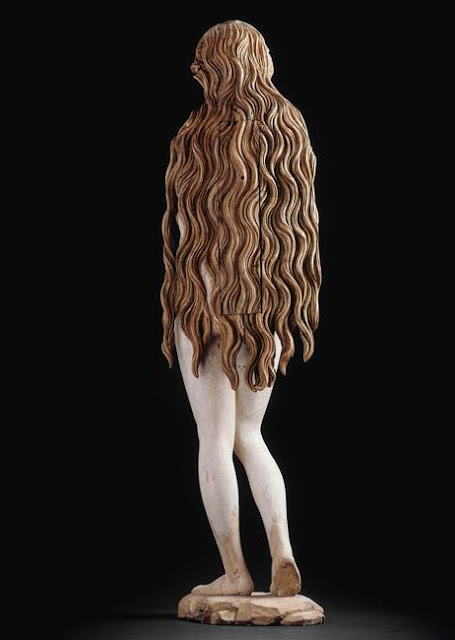 Most of the stone work in the Bargello in Florence has to be there for climatic reasons so the stone can be housed naturally. The room that houses the Martelli Saint John by Settignano and Donatello also houses mostly Donatello sculptures. The rest of the museum includes sculpture from other Renaissance sculptors such as Verrocchio and the della Robbia family. Donatello also has a large amount of sculptures housed in the Museo dell'Opera del Duomo in Florence where you will also find Saint Mary Magdalene. 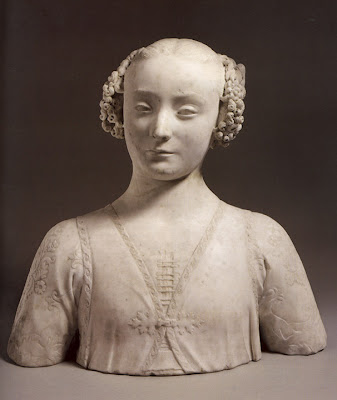 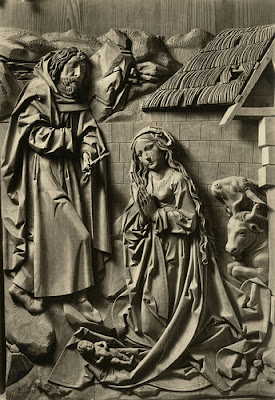 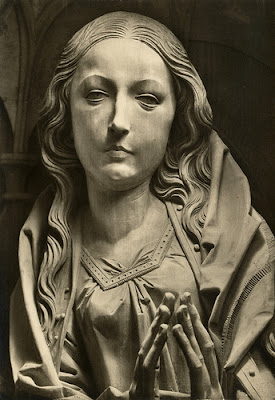 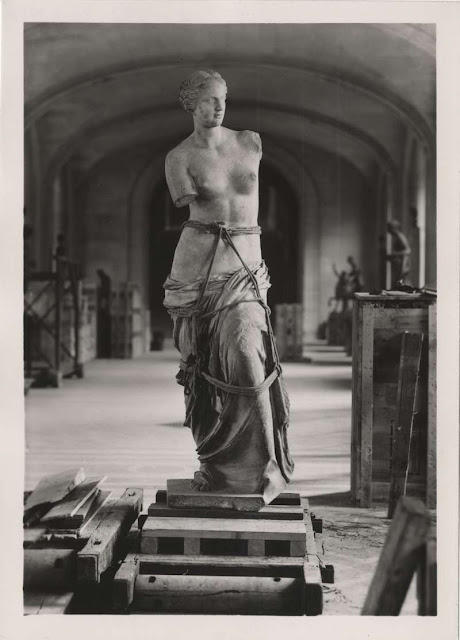 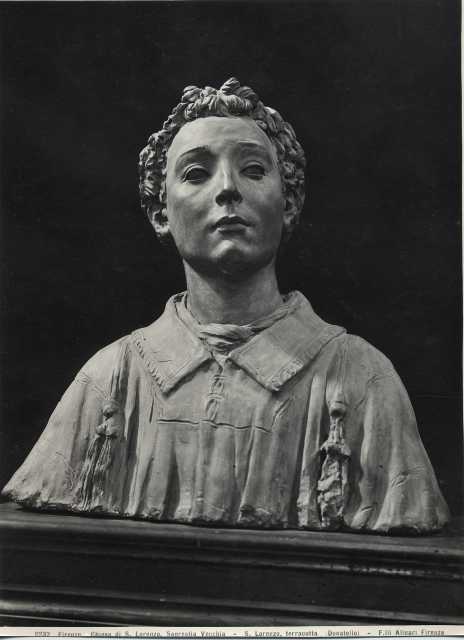 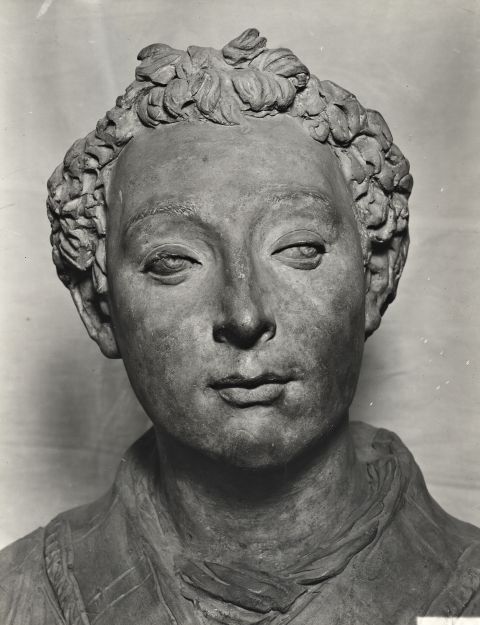 Maybe even before conception the love felt and gained by God in the parents of a child has a bearing, along with the position of the moon, the stars and the planets. Often one wonders about the premise of a child by God or if anyone acknowledges the divine contribution of the heart. Settignano and Donatello, along with many other Italian Renaissance artists, appear to have been working for an equation for God as though they were already born in Heaven. The fleece of Saint John feels like it would have been golden in the minds of the two carvers or stonemasons. So, perhaps the sculptures, each made, were already conceived in the womb or at least in some part of their divine beings. Time often feels like it goes backwards and our life is to try and work out what went wrong with the human race or to re-edit the script. All cycles of life have an end in the evolution of the species and the planet. And it is also important to look back on a time with a different interpretation to equate a greater understanding. 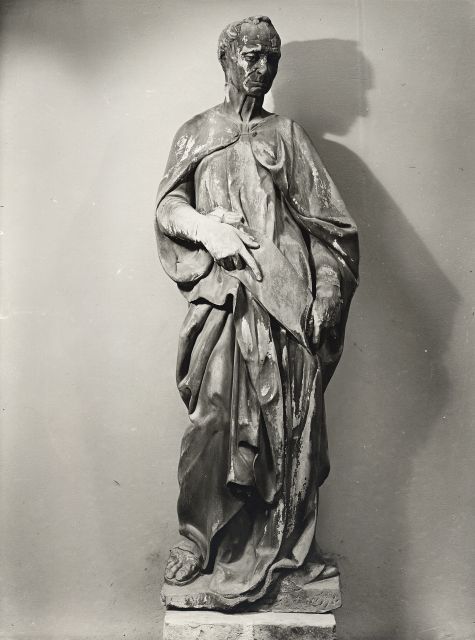 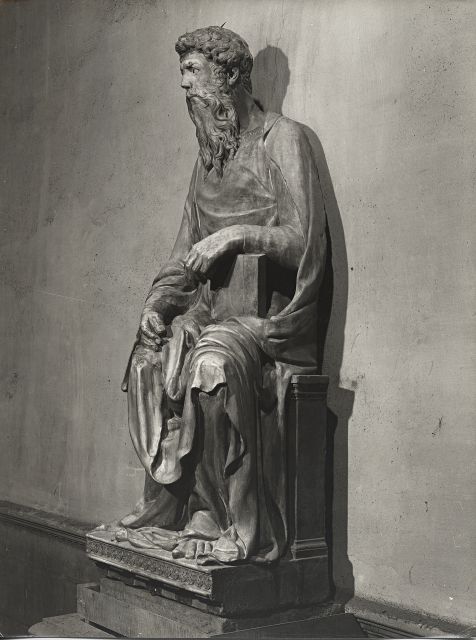 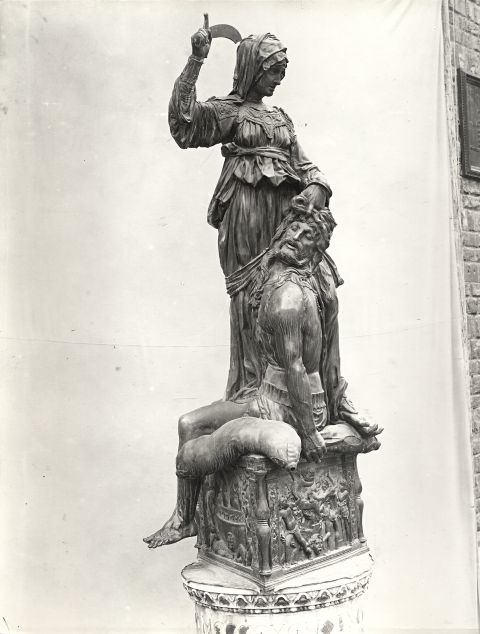 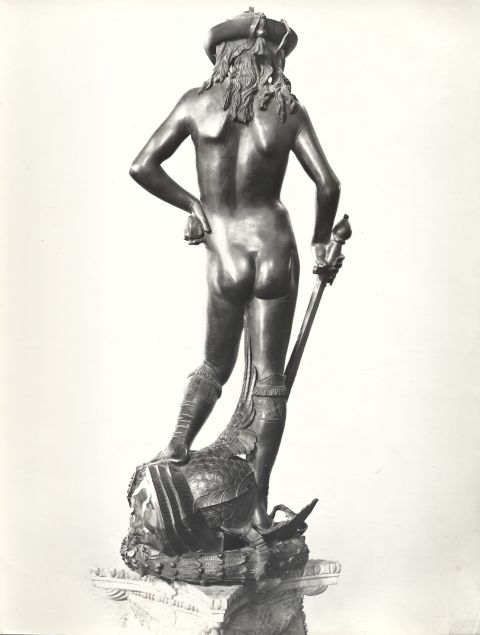 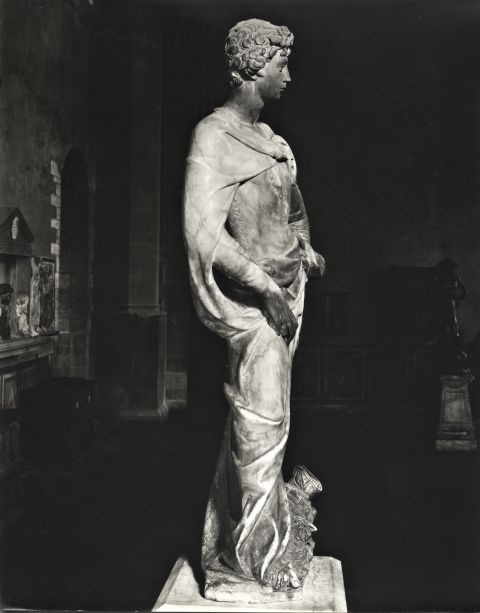 You feel the perceptions of earth are almost predetermined before birth, even the sensations of light, colour and sound while you are in the womb would have an influence, let alone your bloodline makeup. It would be interesting to know when we start thinking and perceiving. The difficulty of being in a place where you are misunderstood feels often more about those of a similar bloodline than anything else. The quality of Settignano's stone carving was at a very advanced stage early on and unlike Donatello who feels more emotionally charged, Settignano was more of an intellectual. So, other than Settignano's parentage, upbringing and life experience, you feel you are looking at the work of someone who both had a very refined sensibility and the power to think his way around form. Therefore, some would be learnt, perceived or imagined and the rest cultural knowledge from his bloodline. 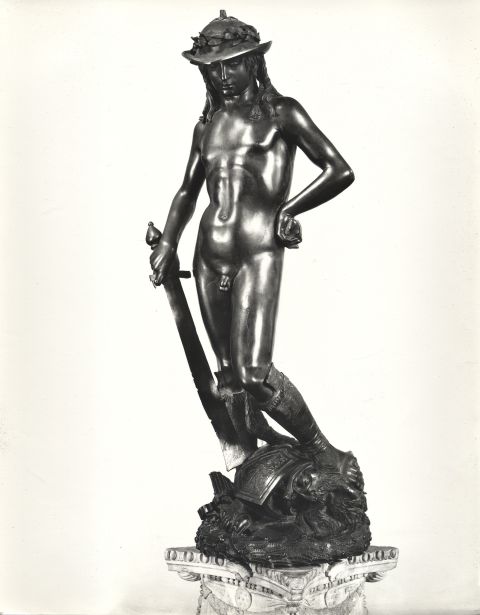 Donatello seemed to prefer clay modelling and woodcarving rather than stone masonry. Perhaps because they were more products from above the earth or of the earth. Maybe feeling more French in technique than Italian the sculptures are more expressive and this is a medium that suited his oeuvre. The sculpture housed in the Bargello National Museum does mainly seem to be made from stone. Given how productive Donatello seemed to be as a sculptor perhaps the stone pieces were completed in the workshop by students and those working under his direction. Settignano was supposed to be his predecessor but did not live very long. 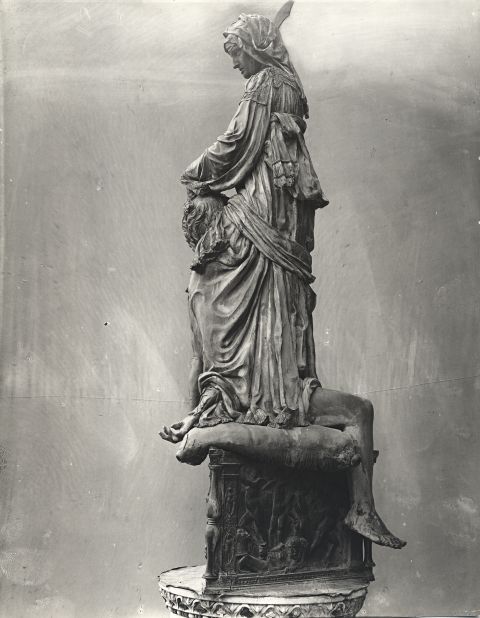 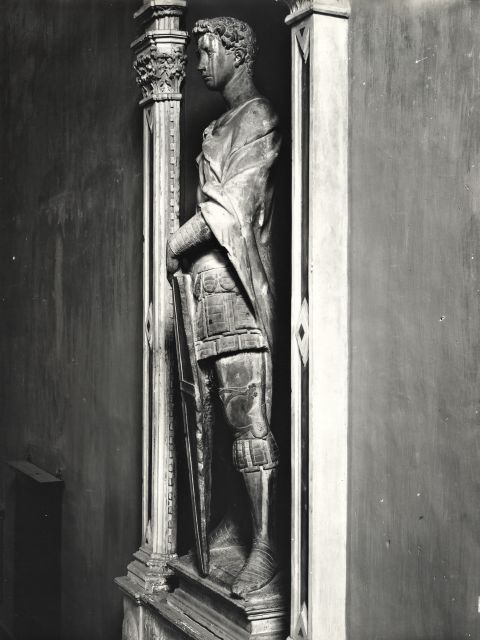 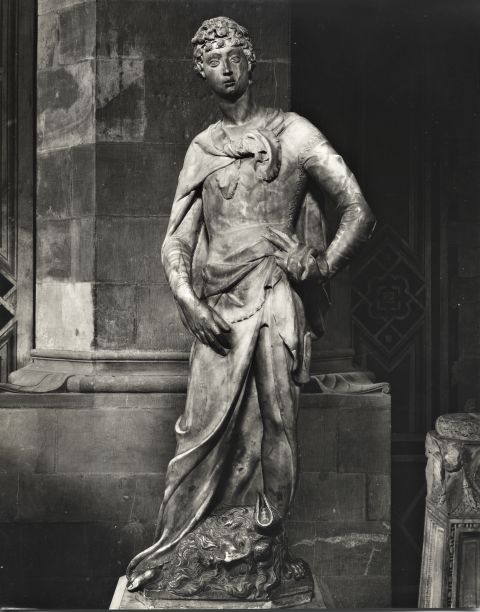