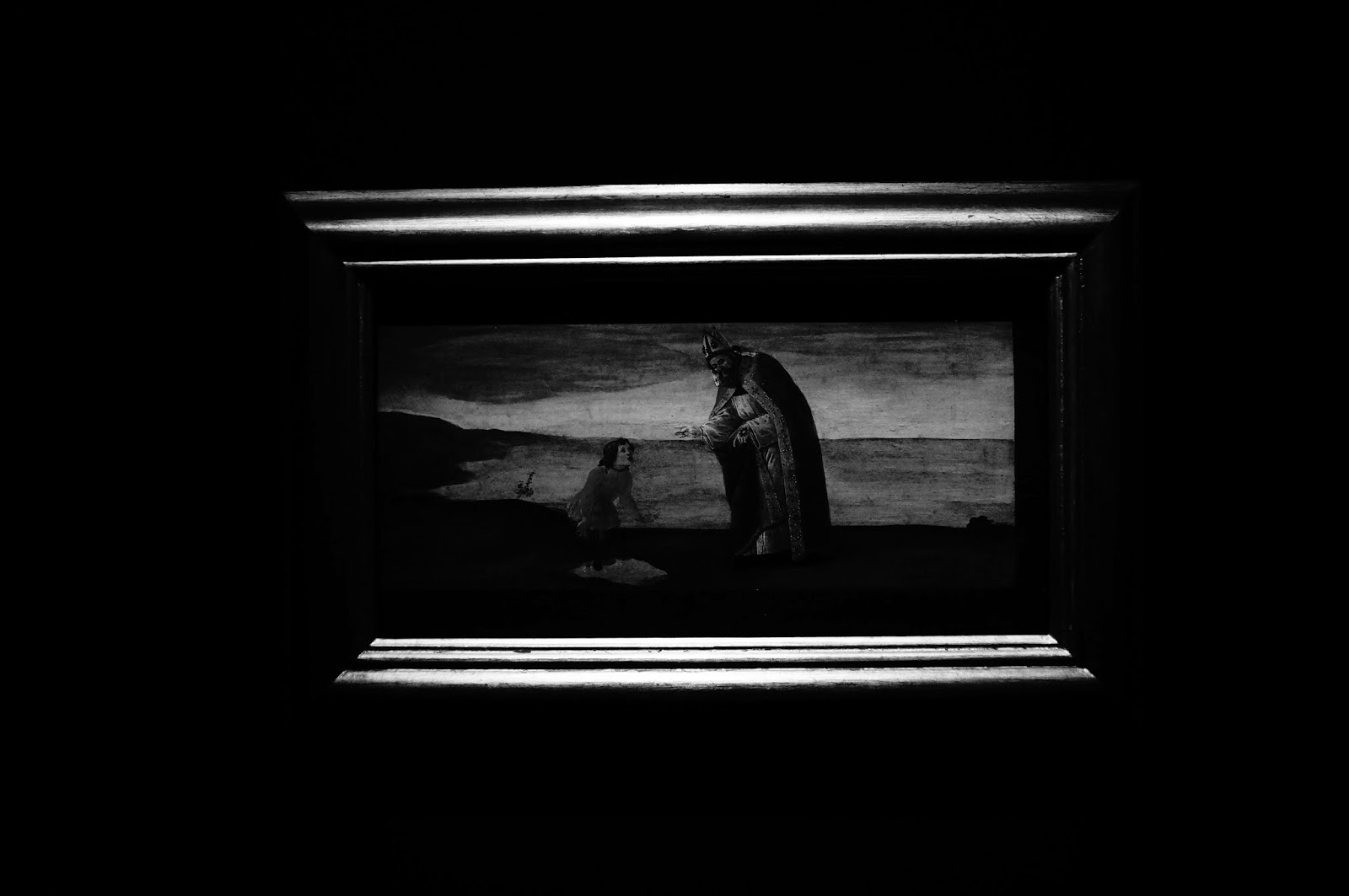 Piero della Francesca delights us with his The Baptism of Christ, c. 1450, this we can see with his usage of the mathematical equation of the inside of a church more commonly thought about as the golden section of Christ or where Christ's prayer hands are placed slightly left of centre or his heart. This understanding of a golden ascension of Christ was as familiar as the newspaper would be to the general populace in Piero della Francesca's day. Happening his audience would not be the general population but extremely well educated gentleman of the same intellectual class. These gentleman would all have had a really fair grounding in geometrical mathematics, sometimes called geometry. Most of this class of intellectual would appear like mad scientists of today. There education ranged from mathematics, to astrology, to cosmology, to chemistry and physics, to astronomy. Christ appears to be himself, St. John, the artist self, the three angels standing there like Rhine maidens, his inner goddess. His Christly self defies refraction without there being a reflection in the pool. The whole painting does suggest common golden section protocol. The Holy Sprit above would be the God within too and the landscape is ready Tuscan foliage. The small plants in the front foreground of the painting would only have special religious symbolism to talk about the inner Christ. The tree would symbolize the cross pattern of a protecting architrave or the inner crossbeams of a church and the Holy Christian altar. You do feel that Piero della Francesca would have lived in Florence at some point because of the influence of the patron. 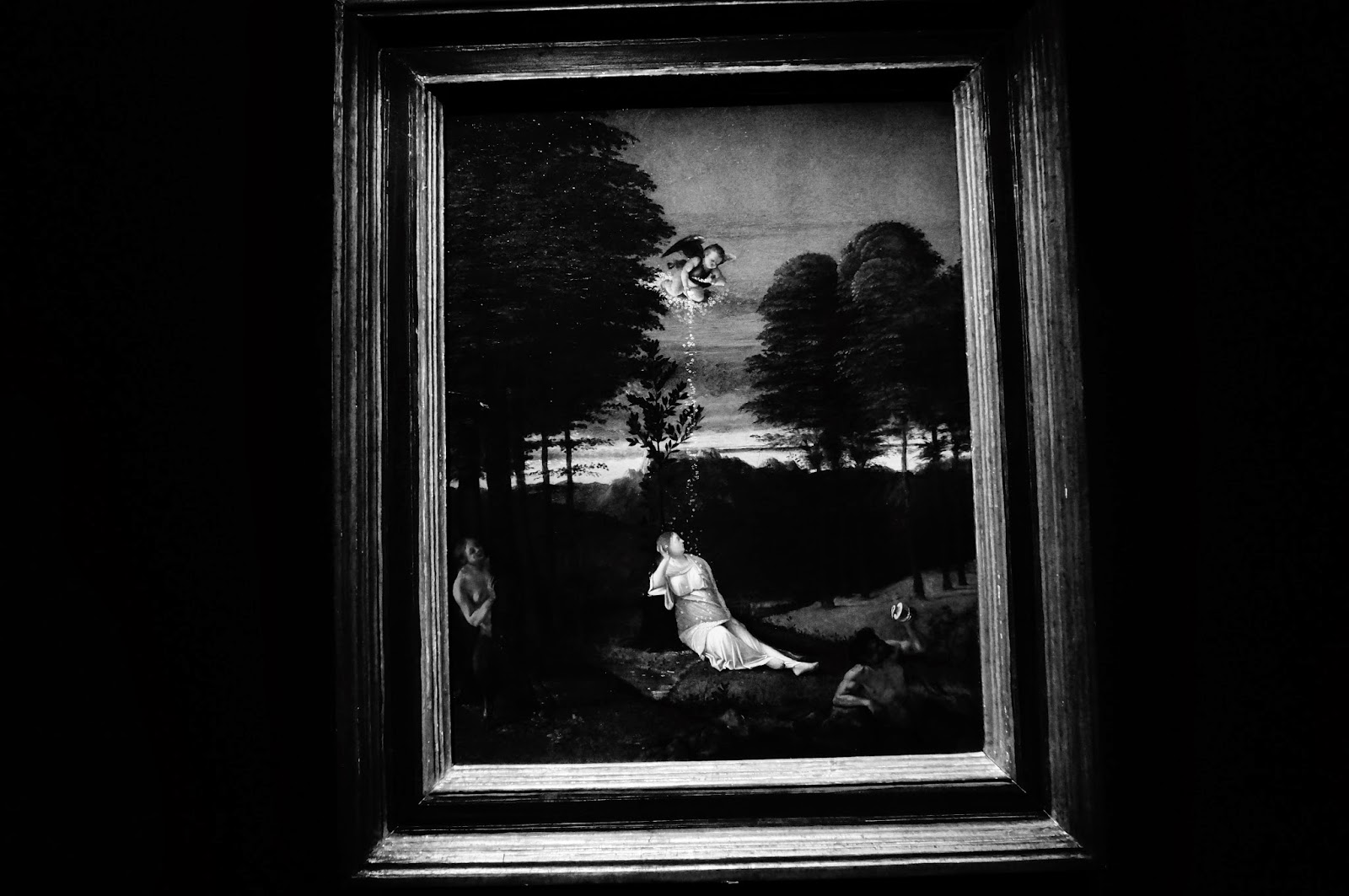