Why we have illuminatory ideas from God is to piece together the history of the human race and to be aware of the message of love to our hearts. This idea of brightness or of the spirit of man is a journey long considered that has included several millions of years of the planets existence and is not something one could ever realize without a future. There seems little point often in communicating why we started making art or sculpting other than to make an observation of who we were and who we are at any given moment in time. From the beginning we needed to express ourselves this way from early cave paintings and underground tomb design, often feeling a need for the soul to transcend to a higher place than earth could provide, after death. Often one feels the Sun expired several million years ago but because it was so many light years away we still see the illumination but are thriving on a memory of the light produced by this heat of the stars. This capacity would suggest we are nothing further than a memory in cosmic dust, only able to re-evaluate something we have been. The Sun is something that you could feel the heat from but if we lived on this planet in direct Sun light we would have to live underground several meters to cope with the heat. The planet would have been covered with clouds rather than the protective layering that currently exists. We would want to protect this also with more tree coverage and this would protect us from the winds. This would be of benefit for small species of birds and bees.  One imagines that the same would have been the case with the Florentines who would have needed these useful little creatures of Gods divine domain to propagate the fruit trees. 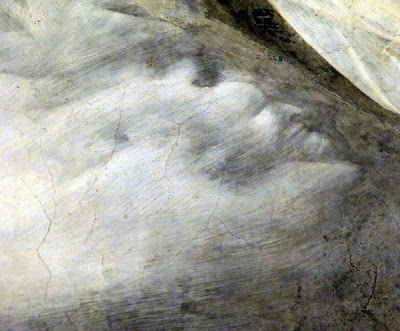