We illuminate but we die 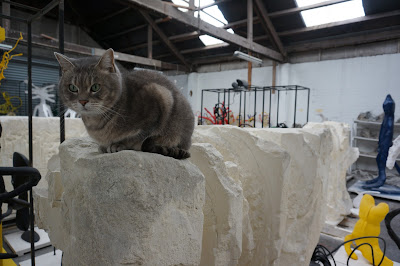 We illuminate but we die

Many moons have passed since the beginning of the species of human we know today. If we were born out of rock like a substance of the moon perhaps we could equal stardust. Dust from the moon is almost what we are made of but we just grew out of dust. You imagine if they vacuumed some dust from the moon this would give a fair indication of the history of the solar system and where we are from. We are made of god but have no idea what god is made from. So, to dust the moon we may know the history of the solar system but perhaps would still not know where we were from, we grew of the earth. Fertile dust from the moon could be what we are and the Earth could actually be the moon, if the moon were to be the Earth and the Earth the moon and this is highly likely the case. We irradiate light. Now of course we are the other planets too but that is another idea. Ideas are worth their weight in gold. We are the other planets and they hang there in the sky but once they were not Earth as such for they are known of another name but all are Earth including the Sun. The dust of the moon is a very fertile substance.

The moon services the need of the Sun. You feel when you look at the moon it is lighting up the other side of the planet as the Sun so how do we illuminate ourselves? How does night become day? Given the moon seems to be the same size as the Sun perhaps the sun could shine on the other side of the planet as the Earth spins on an axis illuminating the moon. Daylight. God is an illumination of the Sun. The sky and light appear to hold a memory and, sometimes you could imagine the night-time to be the source. Stone holds heat as energy and planet Earth seems in memory of its self. We see planets and the moon almost in memory of light. Is our light source the core of the Earth as the nucleus of every cell holds, our divine information our connection to God. The moon would know as it spins around the Earth on its regular continued cycle. Do we have more than one moon or are other light forms in memory of one another? If we were in memory of one another as we are to relatives, friends and people are we in memory of God? You feel accumulated energy could be an understanding but not the answer as the void is God and the void is space. So, time could inform us further. Space-time is like delayed time too and time governed or thought about differently. Are we in memory of the Sun, an illumination? We are God and we illuminate but we die.