The dark matter of the soul 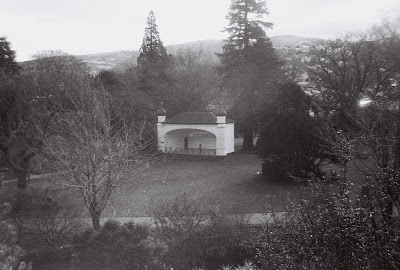 The dark matter of the soul

We reflect on the soul. The dark matter of the moon is our reflection. Reflection then takes us to light and twinkling like stars we light up the other side of the world. The world is lit up by the moon and moons and stars beam away. We are the dark matter of the soul and reflect light. Our light comes from itself and all the workings of the body. As the stars like meteorites rush about the universe so does our body have blood rush around inside us to provide light. Light is caused. The dark matter of the soul denies our light but, shines to provide the light of the world. So, how do we provide light? We provide light by shining. Shining like stars we provide the light of the universe and the dark matter of our soul. We reflect the universe. The expansion of the universe is our selves. Perhaps gravity has our answer as to why we die and the three phases of our human existence on the planet causes our death. Dark matter does expand in the universe and is taking over. We are too late for expansion of the universe. Time is in the reversal and when another reversal of time occurs Earth and our universe may have disappeared only too reappear. If we were to consider appearing and reappearing or living and dying only to reappear from the grave not simply as other theorists have suggested or Renaissance painting give you a visual account of the dead springing up from the graves or that the end of the world is nigh but, more if we in some kind of science fiction, horror movie were put in the fridge for future life. We are almost preserved as matter and will simply reappear as someone else. Time and space-time warps reality but also warps time so, to appear and reappear is highly possible but dark matter may destroy us. Dark matter needs volume and this we do not have but we have enough of an expansion of our universe or body to live or exist at all. If you then, think of the universe equalling our body we could explain dark matter and the spiritual need for the soul.

Our body does include all the the planets and they have referral to the body. For example, all the organs are like the planets we know to exist and as seasonally planets would come into the sky, we are in need of God. God and the stars communicate to our body all night and all day while we sleep or get about in our usual daily activities but the reflection of the universe in the dark matter of the soul informs us further. God takes over at some point although God is always there and having the universe to refer to in our bodies may initially be a strange idea. Given the idea of the universe we could accomodate the dark matter of the soul. Stars and galaxies equal the rest of our bodies like the blood stream but really just weight over mass and we do not have to gain weight to experience the universe more, we are already the matter of the universe. As stars or the material of matter of stars beaming away we are a reflection so, to see Mars, Venus and Jupiter is to look in the mirror to see the universes. Maybe we have not understood reflection. Light needs a surface and a mirror almost reflects time. Dark matter denies light and in the dark matter of the universe there is an expansion. In an expansion of the matter of the universe you could imagine dark matter needing time however, time in the general sense of the word does not exist similar to life appearing to our eyes in a flash. Life goes quickly as though we are here for an instant. Expansion and time are not similar. You could imagine dark matter to slow down the experience of time as dark matter denies light. Light and time are similar in travelling at a certain speed hence, requiring a volume of mass to travel through. Time may have a different perspective. For example, we travel backwards but only have an understanding of a future purpose and the time aspect is almost warped. A warping of time can be understood in connection to the void. However, an understanding of anything requires light and a lightness of the soul. We busy our self in reflection and go inwards to the darkness of the soul.