God rains on our mind 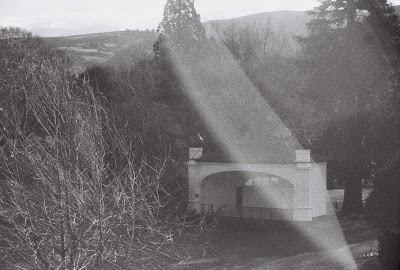 God rains on our mind

The dark matter of the soul is black but has a light to deny light is in suggestion of light occurring. The light of the soul in no way reflects the dark matter. In darkness the soul reflects. We could reflect on the catalyst of light for the universe to understand what dark matter denies. Light, the universe appears as though another part of the universe is on the other side of the world, your spirit or yourself and almost as though busying ourselves we reflect. If you think about the light of the universe, light does not exist other than through a chemical reaction. The light is caused by a reaction. Spiralling with the idea of a reaction we are then made aware of atomic theory and the physics of light. The reaction of light hitting the clouds is similar to an understanding needed. A catalyst like the lightness of the soul could be a chemical reaction. The chemical reaction of the air pervading our soul is nothing I could imagine similar to the substance of space. However, in a similar way there is limited knowledge of either the substance of the soul or the substance of outer space. Duel facing we consider how any substance could deny light. Air is therefore, a catalyst. Most of space however does not contain air. As thunderclouds well in the sky bound for rain so do other chemical constituents cause gases to rise up into the atmosphere. Chemical reactions in space also are light. The dark matter of the soul causes us to reflect.

Reflecting on rainbows, star patterns, meteorites and the Sun, gases and atoms cause all sorts of energy similar to processes in the body. The simple reactions of bodily experience such as the chemical reactions in the brain and protons cause electrons to produce a charge. Single cells have a nucleus and like the universe this creates and destroys at the same time. Expanding and contracting matter and dark matter, lives only to die. Drifting apart the expansion of the universe is described in every single cell of the body. Individual star clusters and comets moving, shooting into the sky are like the contents of the nucleus of the cells of the body. Chemical reactions in every cell cause energy. The matter with gravitation, or heavenly bound substance, we turn into when we become true spirit is similar to the air with water in the clouds. We rain down on the earth and become earth, rainbows and clouds. The dark matter of the soul then, is like an air or similar dark substance of rain clouds. The chemical substance of cells is like the energy of the wind, charged lightening and storm clouds. Stars give off a similar substance with the matter and protons they are made from, they glow. As blood rushes around our bodies we are causing energy. Atomically we stand still while we fall apart. Although, gravitation eventually loses matter, the dark matter of the universe will continue to expand. We become wind like the soul. God rains on our mind.