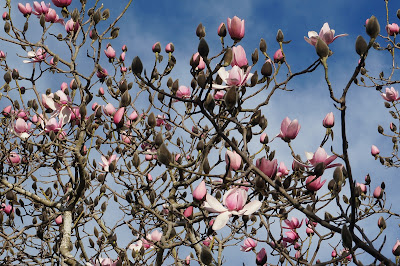 Rome is the place. Walking around the museums there are Bernini's every step of the way. Growing with arms and legs as if through the fingertips, branches start to appear and leaves and forests have the birds fly by. Flying could be an idea but marble is as heavy as the stone sculptures throughout the forest, themselves. Green and as green as the trees birds land on your branches and nest, there. All sorts of twigs and bits of rubbish were gathered from the floor of the museum by the birds to build nests in the branches of trees once inhabiting the forest. Daphne's arms stretched out with the branches and became trees familiar with nature. Leaves littered the floor as if forest was something not of the nature of the museum, not only imagined but, once there as if ghost trees. Daphne was not just a memory of a nymph turned tree but sculpted, imagined, written about and pursued by Apollo, the Greek myths relived. Marble, once forest and petrified in the mountains carved into the sculpture of Daphne and trees. Trees, Rome and marble flies off with the angels and the birds into an idea of imaging trees through the violin and the resonance in the wooden instrument. Stars appear and it is evening and time to walk past the forest and home amongst the trees. You walk and are imagined by God.

Universes of the angelic realm of heaven contain constellations of the order of angels known to man. Maybe the bible does tell us of angels falling to earth like rain and we would have come from the astrological star patterns we see from Earth. Falling to Earth from the stars seems like a strange idea and you do not want to be walking through your forest and suddenly be hit on the head by a passing falling star but we have known little of anything falling from the sky other than rain. Rain evaporates from the Earth then falls down again from the clouds.

Earth and clouds are known to man like rock, mountains and ice and as we ski in our mind down the slopes of a mountain covered in snow we understand falling, gliding and gravity but little about stars and the very formation of snow. God, tries to give us small indications of where it was we came from and icicles on your nose. Freezing in icy conditions is the temperature of outer space but how would we know this with not ever having been there? We are from god's divine garden but the garden is Earth. The garden tells us all about ourselves from the flowers down to the tree roots.

One day, one world.