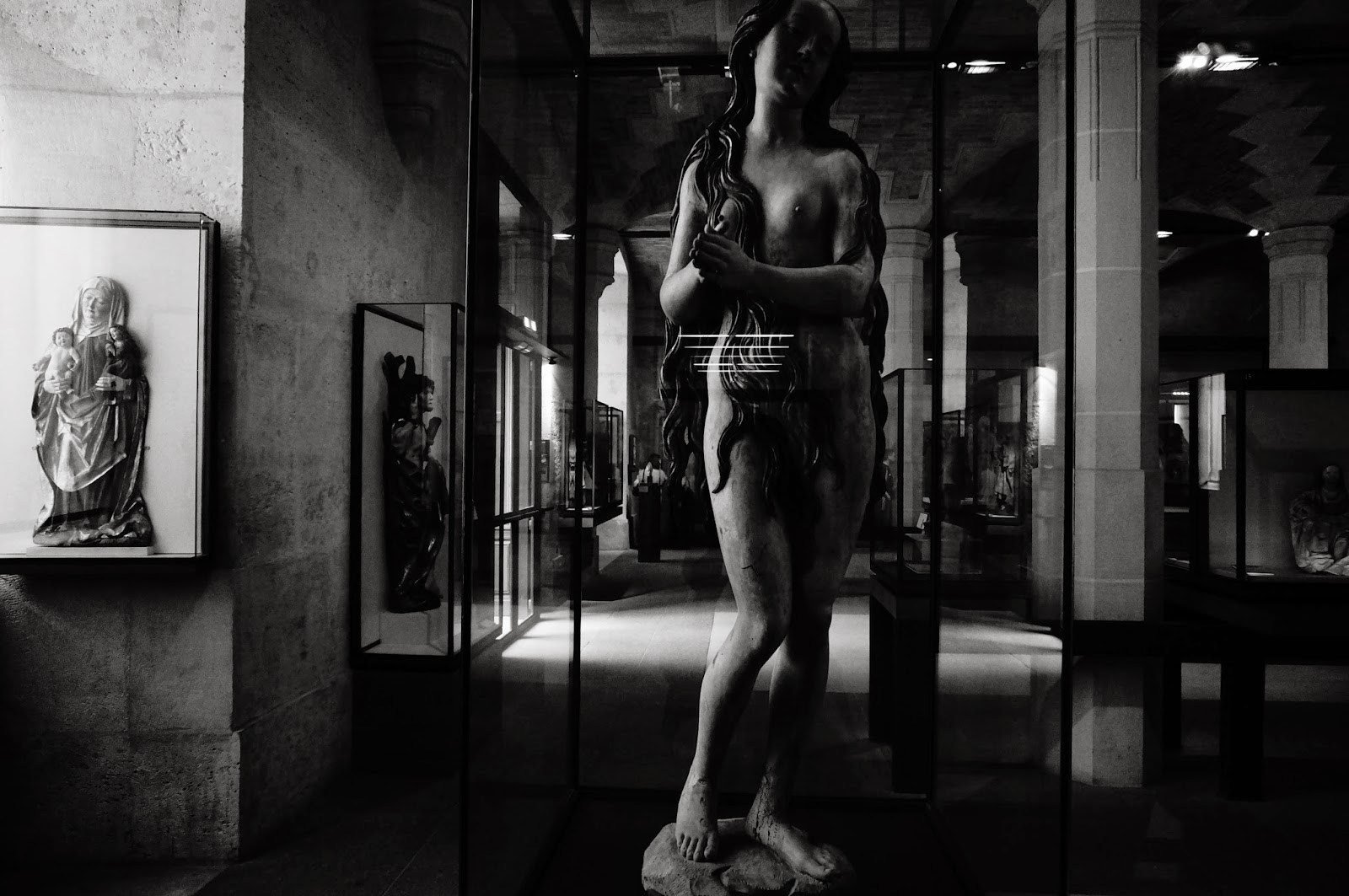 With later German Gothic sculpture there are continued reinterpretations of themes from the bible. For example, with Riemenschneider's Mary Magdalene we are confronted with a woman who has also become half animal and half human almost through God, to the point of half god. One wonders psychologically what this sculpture is representing to us or why there was a need for the sculptor to represent biblical themes in this way. Why would God want to cover Mary Magdalene in an animal fur coating to find God in the desert? This feels more to do with androgyny rather than a strange representation of a Lutheran view where the Virgin Mary and Mary Magdalene are tied in with Venus and the Rhine maidens. Not just a really complicated understanding of our own sensuality but almost having to cancel it out and give the male and female self a fur coating to the point of making it androgynous. The earth gods and a Christian view appear really sexual to the Germans not that they would ever admit this publicly it appears, so intertwined with their watery flow, premise, so powerful a primal quality within. Often you feel they must not be able to cope with their own sensuality and take it to Hell, along a dark road, needing to feel a sexual view is evil but very rarely understanding where to take this energy. 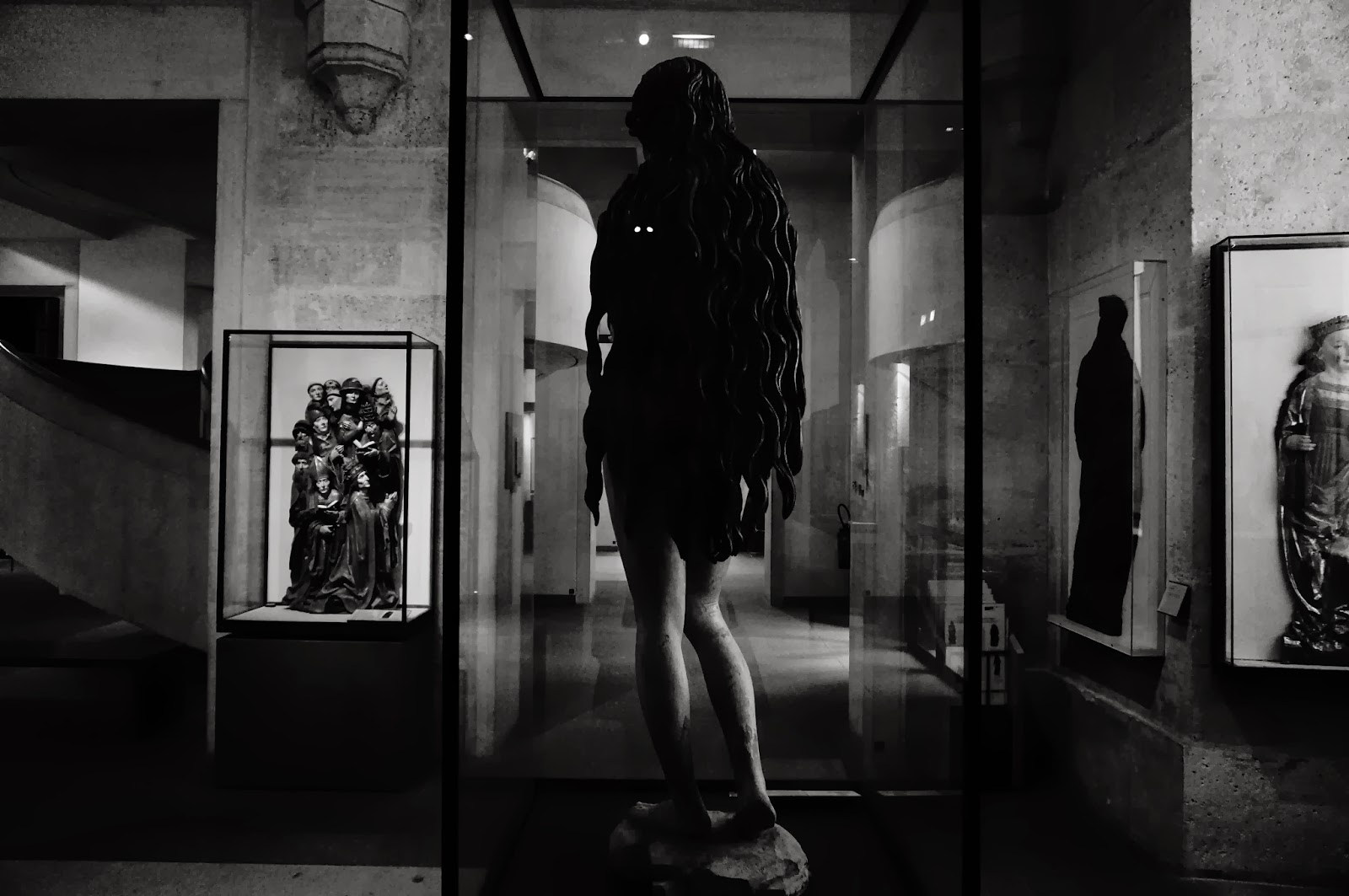