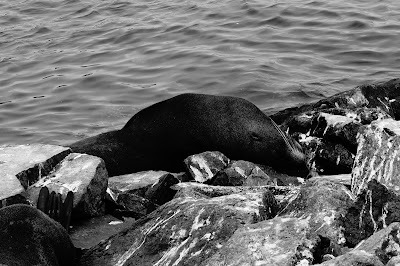 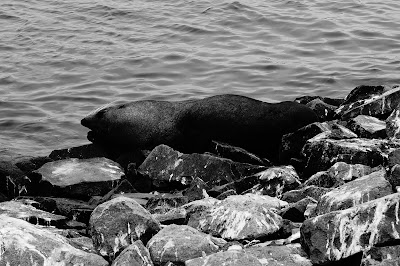 Heaven is a blessing of the angel. The birds take you, there, to Heaven, as your heart flies around with them. Seven times you are to notice the birds in Heaven, sometimes, hourly, in your garden, sometimes, daily, in your heart or Seven times in your lifetime, you will be touched by God like Seven birds appearing in your tree, the tree of life. Seven colours appear on the bird of love and shimmer in the sunlight as the Divine colours reflect the sea. Shimmering greens and blues, through to purples and reds, oranges and yellows, as we fly with the bird of love, to reflect Heaven. We shimmer with sunlight and the bird of love, for God, to notice. God bless the sea of birds in the ocean and all birds are Divine, for God. We are bird as they are feather. Let our heart fly onto God, as colour shimmers onto him. The birds sail on, with the wind, as our heart returns, to the garden. We descend gently, with the garden birds, back to, the Heaven of Divine Earth and we love the angels, here, in the garden, as the birds, twitter, and, speak to us. Fly on birds of love, to your garden.

Seven birds reside in your garden, of Heaven and this is Paradise, for the blessed. God bless the Divine birds, in the garden. The Divine tree is the sacrifice of God and the Christian association of Passion. We are the fruit of Christ. We bare fruit, in the garden, of Christ, for our blood is his sacrifice. The tree of God is our Divine life. We are Divine like the tree and the birds, represent, our Paradise or Heaven. The birds fly through our Divine garden and rest on the trees. In Paradise, we are for the ascension, of God and, here, we see his colours as being, Divine. The birds of Paradise are our Divine angels and they see us, in Seven colours, for God. The tree of God is our Divine tree, for we are his fruit and he is our garden. In the garden of Christ, we are his knowlege, for we are the wisdom of God, as here, we bare fruit, the fruit of knowledge, that the birds peck at, in your garden. The birds of Paradise ascend God's knowledge, as they pass through your garden and we fly with them. The place, in your heart, where you find, the birds of Paradise, is reflected in nature, in God's Divine garden and is his sacred place. The birds reflect love, as God, wanted the human heart, to understand Heaven, in the garden. The angels sit on the trees, with our heart, for they are Paradise, in your garden. Heaven take me to Paradise.

In Paradise, where Seven verses equal Seven vices, we are guarded, by angels. All the way to Heaven, the angels line our way and then, we are blessed. Make sure you bless the angel. It is not an easy passage, to Heaven, all along the way, there are pitfalls and this is called being human, for some, the Devil, test your worth. Christ, was tested for his virtue. As Christians, we go through the passages of wrath like the Divine Comedy or the Dante, book of worth, but we are not a joke to God. What was the joke for Medieval, Christians? The reverse of Hell is the reverse of God. It would only be the Pagan Christian, festival of food, for Catholic Italians, who would bless the Earth, more than God, in the sky. Unfortunately, inclement weather, would have caused, the Devil, as plague, was frequent with heavy rain, and rain, of course, falls out of, the sky. A Heaven, for the blessed, was under the churchyard. Romans, would have blessed, other gods, coming from Ancient Greece, the same gods share, Greek and Roman, names. For example, the god of the sky, Jove is Zeus and so forth. For many Christians, the god of the sky, is, God the Father and for others, Moses, is who is worshipped as God the Father and altars of Rome, do suggest this. Other religions passed though Rome. When Rome, was the Roman Empire, Rome, would have been the centre, of a big, trade link and would have been the business centre, as it is, the Papal Court, of today. The centre of learning, would not have established routes, from Rome, as books were gilded, further north. Like most Empire states, Rome, would have been the centre of power, a political forum or seat of many an emperor, we can still read the books of, today. Vigil has been well cited.

In the book of, "The Divine Comedy", the story describes, Dante, taken by, Virgil, on a journey, down through Hell, to find ideal love, in the form of the character, Beatrice. The book is of the nature of a biblical account of, Jesus Christ, descending through Hell, to find Heaven or Paradise. A similar account, of Divine love or idealism, was ventured with Virgil's "Aeneid". The kind of heightened states of awareness, reached with certain periods of Enlightenment, does correspond a similar poetic, philosophical, understanding of God. The circles of Hell, demonstrated with Dante, are crossing paths in interpretation with Neo-Platonism and the Divine circles of Heaven. Various, religious influences, would have been in place, in Dante's time, for this account of Roman Catholic theology, to equal God. Once again, to find idealism, the Purgatory, of the Seven deadly Sins, has to be addressed and redemption concealed. Although, emotionally human beings can take their darker side, to Hell and often want to hide it, along with burying the dead, in the first circle, of Hell or underground, Sin, concealed, grows monsters. Dante was blessed.

The Seven circles, of Hell, reflect, the Seven circles, of Heaven and spiral, all the way up, to the Seventh Heaven. Seven times Seven equals Seven, in God's Divine domain as Heaven equals one, the one and Heaven. There are Seven Heavens for God, but it is all the one, Heaven. Dante was referring to something quite different in his realms of Babel. Catholicism, in Dante's time, would have been heavily influenced by, Judaism. For Dante, the realm of Paradise was his Garden of Eden, even though we are transported to a realm of Heaven in the starry sky above. Paradise is set in the celestial realms of Heaven, where we see God, in the stars and his Divine light, transcribed. Predominantly, in the Northern Hemisphere, an understanding of Heaven is under the Earth and this is a celestial comprehension, in itself, where they meet the stars, that way and Heaven. The tower of Babel is a comment on the Book of Genesis, hence, why Dante, took us through circular realms, to the garden of Paradise. For Dante, the birds of Paradise would have been a view of where you would find the Divine angels of God. Seven circles were to take you to Heaven. Celestial circles of nature, would have been, so, tied up with food, for the Northern Italians, that, to this day, the Seasonal food is heavenly. A garden of Paradise is a Garden of Eden.