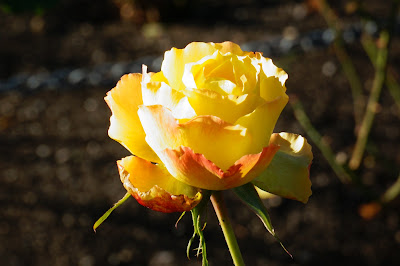 The star map on the Earth is the score. Manuscripts of music have written the music of the heavens since the beginning. Composers, instruments, musician and churches have all been hearing the voice of angels for years. God reserves Saints for the presence of God and they suffer that way. Suffering the love of God, the martyrdom of the Saint Cecilia was for our sake and a blessing for the sake of religious freedom. Saints are of a higher order to God. Musical freedom uses the heart but the hearts suffering translated into music is not all God is annotating in the stars of the universe. Not all music is about suffering either more the emotions of the heart. The star map of the heavens is something our emotions are trying to communicate to us through God. Religious freedom and the freedom of beliefs is another reason we hear the music but to hear the music in your heart is to hear the Lord.

You would imagine the heavens would donate angels for the purpose of the love in your heart. To imagine Saint Cecilia in modern day and a Saint for the purpose of music, one of the most pleasurable angels of our heart, is a difficult task but nonetheless one to be thankful for. We are as thankful for God but the river gods wash away our tears. If we were to imagine a modern day Saint in the Western world there are a few examples. However, I struggle with the idea of anyone having to suffer for other people and for their pain or sin. God tests us and Saint Cecilia's martyrdom is self-sacrifice. Saint Cecilia heard the music of the Lord and the Stefano Maderno sculpture of the dead or dying corpse feels like it has been lying there for centuries, uncorrupted. The subject matter of Stefano Maderno's sculpture is typically flamboyant in its very Baroque melodramatic manner, where grandiose pleasure is accompanied by the dark countenance of death or "memento mori" (remember you must die). Maybe the Roman Catholic religious beliefs of the day act in the high drama. Rome is almost the birthplace of opera coming out of the high trills of the early music of the Baroque and Jacopo Peri's "Dafne" (1597) was one of the earliest known operas ever performed. We are then reminded of Bernini again who perhaps overshadowed Stefano Maderno but the Saint Cecilia sculpture lives on as another fine example of the time. 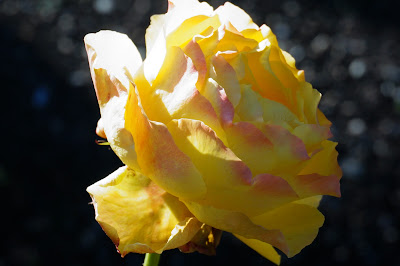 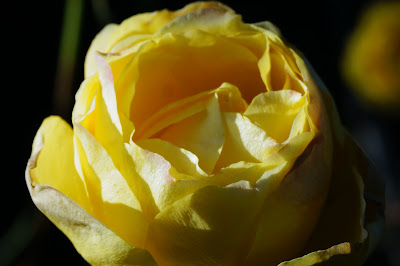 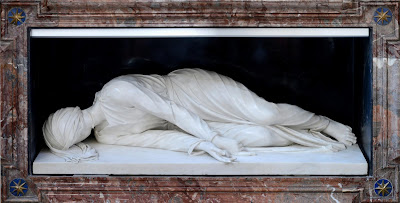