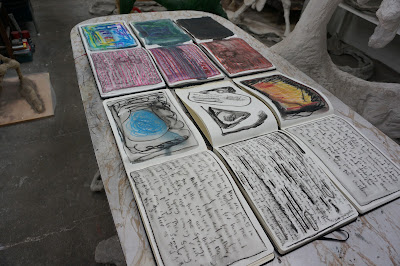 Sailing the seven seas, the seven heavens and mystically going through the sky, Ganesha. Elephants trespassed through. Riding mice is a pastime, but the mouse.

Mice ride with Ganesha on their back but Elephants ride the seven heavens and trumpet in the jungle, said the mouse. Elephants squeaking, grunting and trumpeting speak of the sea. Cats and dogs talking are one thing they have an earth to consider but the heavens show you. Zodiacs, gods and the mountains have other stars with celestial mapping like a guide. We view the stars as though telescopes were in the back of our head taking you onwards and upwards as if to a rook and a craggy rock, for the birds to nest. Mountains become us as if we were rock but are star to reflect, do we glitter in the starlight? Yes, said the birds on craggy mountain who sleep at night rather than gaze at the stars. Stargazing we said is our pastime. Angels fly out of mountains only to land on the ground, they said, humans reflect a mythology.

Cats speak to you in their own language and a meow. Curling all around you as you walk, talking, speaking and meowing, so much, you wonder what god has them say. Cats communicate all day and sit their meditating as though cats of the Nile still hear them and the Sphinx is their home. Rubbing and stretching, talking and catching up, they treat you like a long, lost friend. Dogs just bark.

Speaking, happily, talking and getting exited with your friendship, dogs, speak to another god. However, sleep the unconscious reflection of dream speaks of a heaven. The seven heavens and the sevens seas, Lord Ganesha said is the mystical pathway of elephants not that elephants need reminding of the memory. Elephants.

Birds fly out of trees. Trees immobile, trees blowing along with the wind. Leaves falling and having fallen all over the ground, get blown, stirred up and rattle along the street, leaves falling. Birds flitter around your head getting insects, birds, so emotional, appear to carry your emotions under wing. Flittering joyously and through the sky, birds reflect god and angels so, heaven is their mission but, only by the feather. Flight flutters down with the birds and feathers dropping to the ground. Birds speak the language of angels.

Traversing with the elephants. 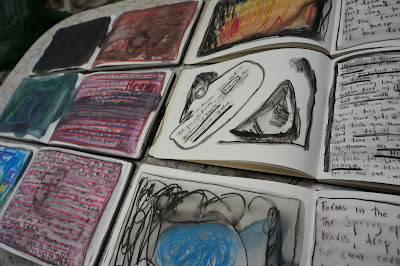