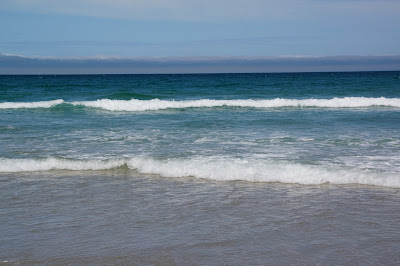 Water, oh water and water, is my breath. Breathing. Breathing water, I walk quietly from the depths, breathing. Did we crawl out of the ocean? You feel maybe seaweed logged and a little slimy we may have ascended from the depths to gain breath. If we were in meteorites we could emerge like fossils from the ocean, whole skeletons like woolly mammoths from the ground. We could walk the earth again if we were to breathe water.

Breathing water, we breathe the substance plankton releases in photosynthesising, oxygen but, maybe one day we will emerge like whales and walk the earth or frequent the sea. If the seas are rising will god turn us into sea creatures able to swim and survive the sea? Breathing, blue water, we see the watery reflection of shimmering fish in the sea. Water gives reflection with the light, shining on and through the water to the plankton and plant life of the sea. Back on land you could imagine walking not on water but on land. Maybe we could frequent the air like birds and the angels if given wings to glide on the air pockets and frequent the clouds. We breathe and oxygen is something we need. Glimmering with small flocks of goldfinches flittering about we notice light and like schools of fish some brief momentary glimpse of god, movement and light. We breathe blue water.

Blue water, we breathe, coming out of the ocean like green, dank, seaweed, we surfaced with the penguins onto the rock. Rocks and the sea, we came to shore. Rolling in with sea lions, tangled in seaweed all green, we grew of the ocean. Oceans and oceans green with envy like ivy curled around and green, barnacle laden and emerged from the depths of the ocean, we arrived. Then, walked upon the shore, ran, climbed over the sand dunes, up the cliffs and hung on, to cliff faces like shags on a rock. We grew wings and gently unfolding them began to fly. Gliding over the oceans we found land, to settle on green islands, with many a species of bird. Plants walked like people and some birds had big, enormous, feet. Although a little strange and noisy amongst birds and shuffling plants, the islands were quite peaceful to inhabit. Angels walk on feet.