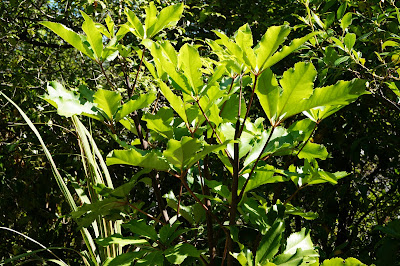 Stones roll over on the stony ground and we walked through the forest that day. Leaves brushed our faces, as limbs were known to do on the tree and bark, way, when forests are not well used. Clearings are known in the forest. There are trees. Birds fly through. We walked that day for several hours along the brook. Flowing streams and running water had animals elephants, wild boar and all variety of fantastical beasts riding with other unknown creatures riding and perhaps I hit my head on a passing bough. Coming to out of a dream of a semi unconscious state, I realized that I was actually in a cathedral, looking at wooden sculptures of St. John and a bird flew through to donate a feather on my lap out of an image of Christ. Coral was the sea and the waves started to lap against the seat and down the churchyard isle, along the awnings and flowers flowed out of the churchyard, all down the street and boats were ready from the ship. With suitcase in hand I had arrived in the forest for the weekend. Tall trees had gathered by the doorway and the entrance was of stone. Stars began to gather in the sky and as night and day passed by, I graced the staircase as though being transported by angels. They sang.

In the forest, trees grew inside the house.

Tree houses were common in the forest but trees containing birds remained outside. Daphne stood in silence while people grew all around her. The house contained wooden furniture and trees lined the walls. Images of trees lined the wallpaper, trees were painted directly onto the walls and tree images were well known to Daphne. Silently as years passed by Daphne walked away, just simply got up and left one day. Red trees were not known in the forest Daphne frequented, so birds were often frightened away. Daphne had grown resplendently in her years in the forest, grown and grown but eventually as the forest grew all around her and died a little, Daphne felt a need for more sunlight. Sculptures and paintings lay in tribute to her but Daphne felt a need for a place less damp than the forest. The little, tree, house was sorely missed by Daphne but the sunlight allowed her to grow and more birds nested in Daphne's branches. Fragrant flowers were well known to Daphne. Other species of Daphne bush were well known for their flowers and Daphne felt contented.

Daphne is remembered each Spring by the Southern equinox and stars shine down on us that month, the brightest where days are longer than the Sun, everywhere shares darkness and lightness and we are one with God.

Trees are like that, too. Brightness and darkness shines out of them. Shining stars are unto God. Now, when shining stars walk with you, you are blessed. But, when, God walks with you, you are the light of the Sun. Darkness forbades, we are night but not day. We walk in sunshine, we walk in two, we walk in three for the Lord, above. Moons, stars the Sun and the moon planet walk with Venus the moon. Now, when we are three the moon, walks, walking the moon, one is one and one with the moon. Two planets are with us between the Sun. One moon and the Sun are one with the moon. Stars shine down on the leaves of Daphne at night. Through the forest we walk and flying, now that's an angel sort of thing. Angels fly unto thee in the forest for God and they have wings to bear fruit. We are one with the Lord, above. Autumn leaves fall and we walk.

There were angels in the museums, they said, so. 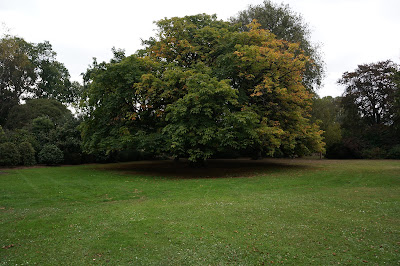