Nature is ever present 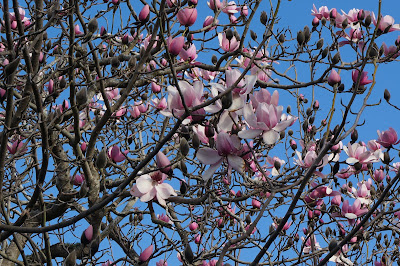 Nature is ever present

You would think the act of metamorphosis into a tree would be a logical thing to do as humans having come out of the garden. Were we born of tree or did we come out of the flowers, grow up with their roots like flower bulbs in Spring? One could imagine. However, if this were the case where did other creatures come from, the stars? Despite theory to the contrary we more than likely were born of the universe. A Christian view holds a centre of the universe to be the Sun as with the centre of every cell but the organic garden substance we formed out of is like a remnant of the universe something akin to cells under cell stress cause a waste product the body has to get rid of. We are cells and organic matter's form of expression. For example, the character of the face grows into an expression over years of life much like another Baroque artist, F.X. Messerschmidt and his sculpture of "Character heads". Bernini's Apollo and Daphne sculpture from the legend told in Ovid's Metamorphoses, a subject better known to painting and painters of the Baroque, holds a similar form of expression. The organic tree and leaf, highly decorative sculpture of Bernini is a subject more reserved for architecture, another of Bernini's genre. We fly off with the Holy Spirit like the dove, here and the masterpiece of Bernini's Daphne takes us back to the forest and the birds. Sculptured with incredible alacrity, Bernini's Apollo and Daphne is well designed, the flow of arms and foliage do not appear ready to break and have survived for several centuries. Perhaps, of another universe the sculptors of the Baroque training make the sculptures look easy. You wonder of the purpose of the sculpture and whether there could be another twenty casts of the Bernini sculpture of Apollo and Daphne, as was the fashion of the day.

Transcending blue skies take us to whispering history and reading the signs.

Heaven is in the voice. The birds do sing and at the dawn of another day, the trees make you aware of the voices of angels in heaven with birds singing to glorify God and the trees. Stars twinkle down from heaven all evening while the birds and trees sleep. We dream of another universe and God bless the angels.

When you think of the development of Baroque sculpture from religion to the influence of early Greek sculpture, Hellenistic ideals and philosophers like Rene Descartes we are enfolded in the drapery of sculptures and almost draped in the cloth of the veiled Christ of the Dead Christ Lying in the Shroud by Giuseppe Sanmartino. Reminded of the grimace of the "Character heads" of F.X. Messerschmidt we are taken to Vienna and another type of Baroque extravagance developing out of turbulent times combined with inner turmoil. Stylistically the development of French and then, Italian sculpture twirls us once again around Bernini and his Apollo and Daphne and we grow up with Classical thinking with the crowning of the laurel leaves. We fly off with the birds and think of the philosophy of the day.

Nature is ever present. 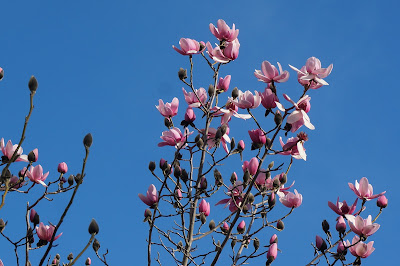 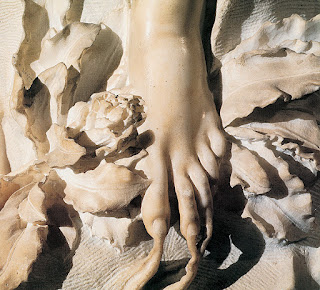