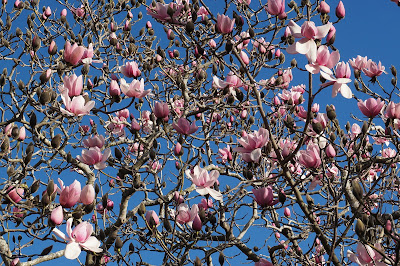 Sitting quietly, I enter my forest of imaginings and wonder

About, the world of the forest

Forest trees are to be imagined on Earth for they are the earth. Roots travel down into the earth only to reach down like branches. Branches of roots are something like the branches above in the forest and travel in a cross pattern traveling down and then across as the branches travel upwards, to the sky.

Above the forest and up mountains other creatures can be found. Creatures of another species not known on the earth and in the forest frequent the area up the mountain. Birds and possums do not tell you about anything up the mountain for they are frightened and seldom go there. But, the creatures are not human. Human beings were once a species of creature known to the forest but were chased out by the birds. The creatures up the mountain had to learn a new way of traveling and flew like the birds. The birds were not anything similar in species and much smaller but the flying creatures did not have any means of walking and sort of bounced on mutated and once legs but now fleshy stumps. Some of the creatures were in the process of losing the mutated stumps as well and although it is hard to imagine a completely airborne creature, this they became within time. The creatures looked somewhat similar to a cross between a cat and early dinosaurs with more flight in view. Gliding around the mountains all day was their pastime but the noise was horrific. Beware of the mountains.

Forests of imaginings and idyllic places for gods...

Are where the creatures once lived but where not ever known to the Earth or the forest. We exist in another planet all planets for God exist on Earth. As humans we do not realize we were once part of another universe and all the stars out there are small fragments of Earth. At the end of the world there will be a Big Bang but a silent one for the universe like an atomic explosion. The core of the Earth, our fiercely guarded secret is like the centre of every cell but will explode as with the creation of human beings. We do know the catalyst for creating humans and do know in our hearts, the catalyst for the end of the world but do not tend to get there emotionally as the end of the world happened before the beginning of the world, the beginning of time and sometime before and after the beginning and end of the world. Getting back to the forest and creatures frequenting the forest along with the trees, the trees have knowledge being older than the species of creature. Gods of the mountain live there along with other creatures finding a different realm their idyllic home, up the mountain beyond the forest.

Up the mountains there is snow and forms of angel not on Earth or part of the planet Earth. The distance between the Earth and the Sun is an angelic realm known amongst the fixed stars. Planets are not involved. Apollo is the god of music and known to the gods and goddesses of the mountain for the angels sing in heaven.

The gods answer your call and you are taken back to the streets of Rome.

Thinking about Bernini and Apollo and Daphne I am taken back to trees. Sculpted leaves. Becoming Daphne, I become tree.