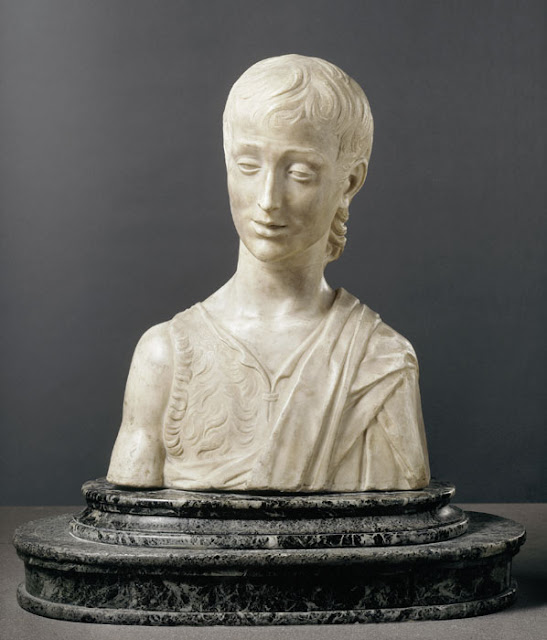 One of the sculptures of Saint John by Settignano does not portray similar characteristics to the collaboration of Donatello and Setttignano. Donatello seemed to have a far more French countenance than his counterpart and this is suggested in the way form is completed or the body is sculptured. One of the sculptures on the High Altar of S. Antonio of Padua seems to suggest self-portraiture with a similar equation or dimension of his skull.


The form we portray in sculpture or an artwork often seems to suggest our own dimensions as though unconsciously they are inherent in our being. You often see this in an artist work but when two artists get together you have a double equation and if they are of a very high calibre or masterful it is as though you have two brains equalling one or a far more complicated ascension to God. The collaboration here of Donatello and Settignano feels like a very transcendent understanding of God was reached. In the height of the creation of a piece you wonder if even while sleeping you are sculpting or thinking. 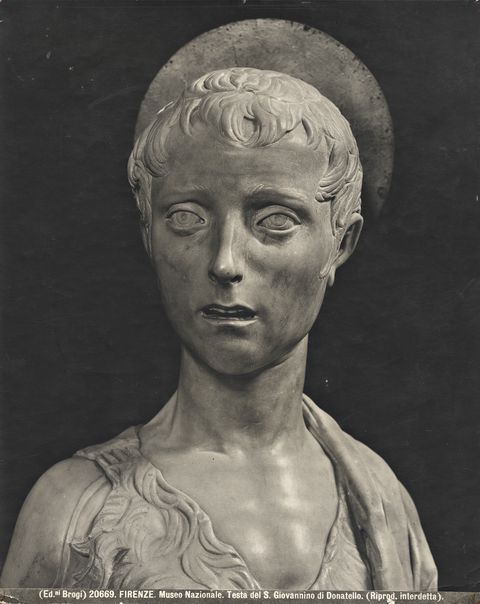