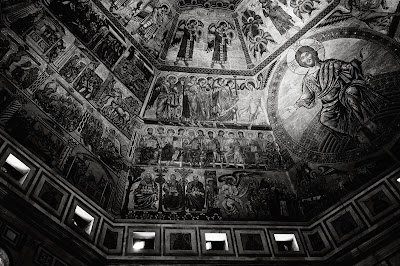 And getting to the biblical equation of the number seven in relation to John the Baptist. Albrecht Durer made a series of the Apocalypse (1498-1511), one of them including The Whore of Babylon and St. John Devours the Book/ The "Strong Angel". I would not like to presuppose the interpretation by Durer but all would obtain the number seven. The seven-headed whore of Babylon is represented by a seven-headed beast ridden like a chariot with a divine goddess holding a sacred chalice to the divine feasters. Some of the misinterpretation of St. John the Baptist on feast day is nominated by a virgin holding a head of St. John. This probably does not present to any of the Lutheran Church of Germany a sacrificial head of St. John the Baptist. Given where this beast is nominated to have resided, they would only have sacrificed a sheep or a cow. 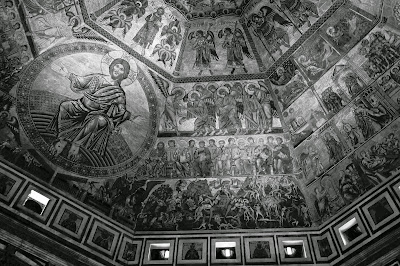